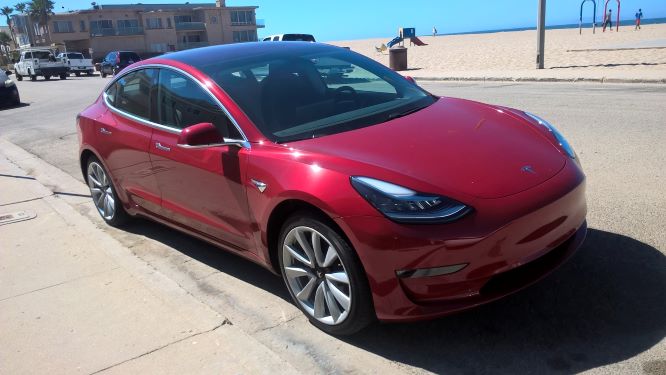 The German automotive market has opened the gates to plugin vehicles, with December close to setting a record month, ending some 1,000 units below December 2020 with 81,188 registrations. Plugin vehicles (PEVs) scored an amazing 36% share (21% BEV) in December, with the full 2021 numbers ending at over 681,000 units and 26% share (14% BEV). That makes Germany the largest PEV market outside of China, beating even the USA (681,000 vs. 656,000) despite the USA’s much larger population and overall auto sales.

In a completely disrupted market, while diesel (-36% YoY) and petrol (-29% YoY) were down again in 2021, all electrified categories were shooting up. Conventional plug-less hybrids (HEVs) were up 31% YoY, while PHEVs jumped 62%, and BEVs did even better, surging 83%. The stampede into electrified vehicles is set to continue throughout 2022.

Speaking of the current year, expect the plugin share to rise well above 30% for plugins, and expect BEVs to hover above 20%. As the plugin market continues to rise moderately (50% growth being moderate), expect to see the overall market possibly shrink even further from its current size.

Despite the Renault Zoe being relegated to the 3rd spot, the truth is that Renault had plenty to celebrate. The Zoe had a good score (4,571 units), and that put the hatchback #6 in the overall market. The little Renault Twingo EV also had a record month, with 1,937 units, allowing it to be 5th in the plugin table. The Dacia Spring had its first four-digit month in Germany, with 1,842 deliveries, thus putting three Renault-based EVs in the top 7. If the three were counted together, they would add up to 8,350 units. Not bad, eh?

Speaking of records, in this top 20 there where 6 models with best-ever performances. Besides the previously mentioned ones, the #6 BMW i3 had a record performance, with 1,866 registrations, an impressive performance from the veteran model. In fact, the quirky future classic was the only BMW model in the December table.

The trendy Fiat 500e also hit a record score, with 1,692 registrations. The little Italian seems to be hitting its full potential as the best selling Stellantis model in the table. In #18, the Audi Q3 PHEV hit a record 1,155 registrations. Interestingly, the compact Audi was one of only three PHEVs in the table, which says a lot about where the market is heading.

Another relevant performance was the Audi e-tron scoring its best result in 15 months, with 1,156 registrations in December.

Outside this top 20, we had more relevant performances, like the 1,127 registrations of the veteran Nissan Leaf, a new record for the veteran model. The current EV flood is strong enough to pull up the boats of all models, even of 11-year-old ones….

Elsewhere, the small Stellantis crossovers are picking up speed, with the Opel Mokka EV scoring a record 1,039 registrations while its French cousin Peugeot e-2008 EV had 594 deliveries. Still on the topic of higher riding bodies, the recently revised Volvo XC60 PHEV had a record 1,020 registrations (once again: bigger battery = bigger sales), while SAIC’s MG eHS scored 486 units in its second month on the market.

On the sportier end of the market, the Polestar 2 registered its best result so far, with 467 deliveries, while the Porsche Taycan took profit from the Cross Turismo body to score a record 827 units.

Regarding the final 2021 table, and comparing with previous results, the most immediate thing that appears before our eyes is that the market has diversified significantly. In 2019, the Renault Zoe won with 9% share and the models outside the table had 20% of the total market. In 2020, the French hatchback won again, with 8% share, while the models below the 20th spot doubled their share to 40%. In 2021, the Tesla Model 3 won with 5% share, with the models outside the top 20 now representing the majority (52%) of all registrations.

This is a sign of a maturing market. As the plugin market merges with the overall market, more model availability means more choice, which equals higher diversity and, therefore, lower shares of the total plugin market for the best sellers. Expect this pattern to happen in more countries as plugin shares rise.

Looking at the podium positions, this year’s winner was the Tesla Model 3, with the US brand scoring its first best seller title in Germany. The VW e-Up is ending its career with a bang, with a silver medal and its first (and last?) podium presence ever. It even outsold the VW ID.3. Despite not corresponding to market expectations, it nevertheless won its first medal in 2021.

Also important to mention is the fact that the Tesla Model 3 was the second best selling premium midsizer in the overall market, only behind the BMW 3 Series, which scored close to 42,000 registrations. Sure, Audi’s A4 and A5 are now old hats and the Mercedes C-Class went through a generation change in 2021, but that doesn’t take away the merit from Tesla’s sedan.

Expect 2022 to bring a new leader, in the shape of the Tesla Model Y, as the Model 3 will suffer from internal (Model Y) and external (BMW i4) competition, the VW e-Up and ID.3 are production constrained and the Renault Zoe is getting old fast.

Off the podium, there were some last-minute changes. Namely, in #5, the Smart Fortwo EV climbed one position; the Ford Kuga PHEV was up one spot, to #8 (but not enough to steal the Best Selling PHEV title from the Mercedes GLC PHEV); and the Skoda Enyaq ended the year by joining the top 10, finishing two spots above the Volkswagen ID.4 … in Germany.

In the second half of the table, the Opel Corsa EV jumped two spots, to #15, while the BMW 3 Series PHEV was up to #17 and the Mini Cooper EV climbed to #19.

Anyway, despite so-so performances from the VW ID.3 and ID.4, the Volkswagen Group lineup heavily populated the table, with 8 representatives. That’s well ahead of Daimler and BMW Group, which had 3 models each.

In the brand ranking, leader Volkswagen (16%, up 2 percentage points) won the title just as it did last year, while Mercedes (12%) also repeated last year’s result, getting the silver medal.

BMW (8%, down 1 point) ended in front of Audi (7%, down 1 point) and won the last place on the podium, a positive outcome for the Bavarian automaker, which in the previous year had been only 5th, with 6% share. And it did this with the veteran BMW i3 as its best selling model. … Talk about making omelettes without eggs! Expect 2022 to be an even better year for BMW, as much is expected from the iX SUV, and especially from the new i4 liftback.

Below the German brands, Tesla (6%) resisted the advance of Renault (6%, up 1 point) and won the best selling foreign brand title by 300 units.

The best selling foreign OEM was Stellantis*, in 4th with 9% share, while below it we have a position change, with the Renault–Nissan Alliance (9%, up 1 point) returning to the 5th position at the expense of Hyundai–Kia (8%, down 1 point). That was thanks to a great month from Renault’s little wonder trio (Zoe + Twingo + Spring), backed by the veteran Nissan Leaf. Adding these four models together, we get close to 10,000 units in December alone.