Recharging electric vehicles is relatively new and technology develops in a rapid pace. As a result, lots of different terms and definitions are used, often referring to the same phenomenon. This page enables the reader to familiarize with the relevant terms. These terms are grouped per theme. This page aims to give clear definitions and explanations on relevant aspects of electric vehicle charging.

The EU - Sustainable Transport Forum gives the following definitions providing us the starting point of this publication. 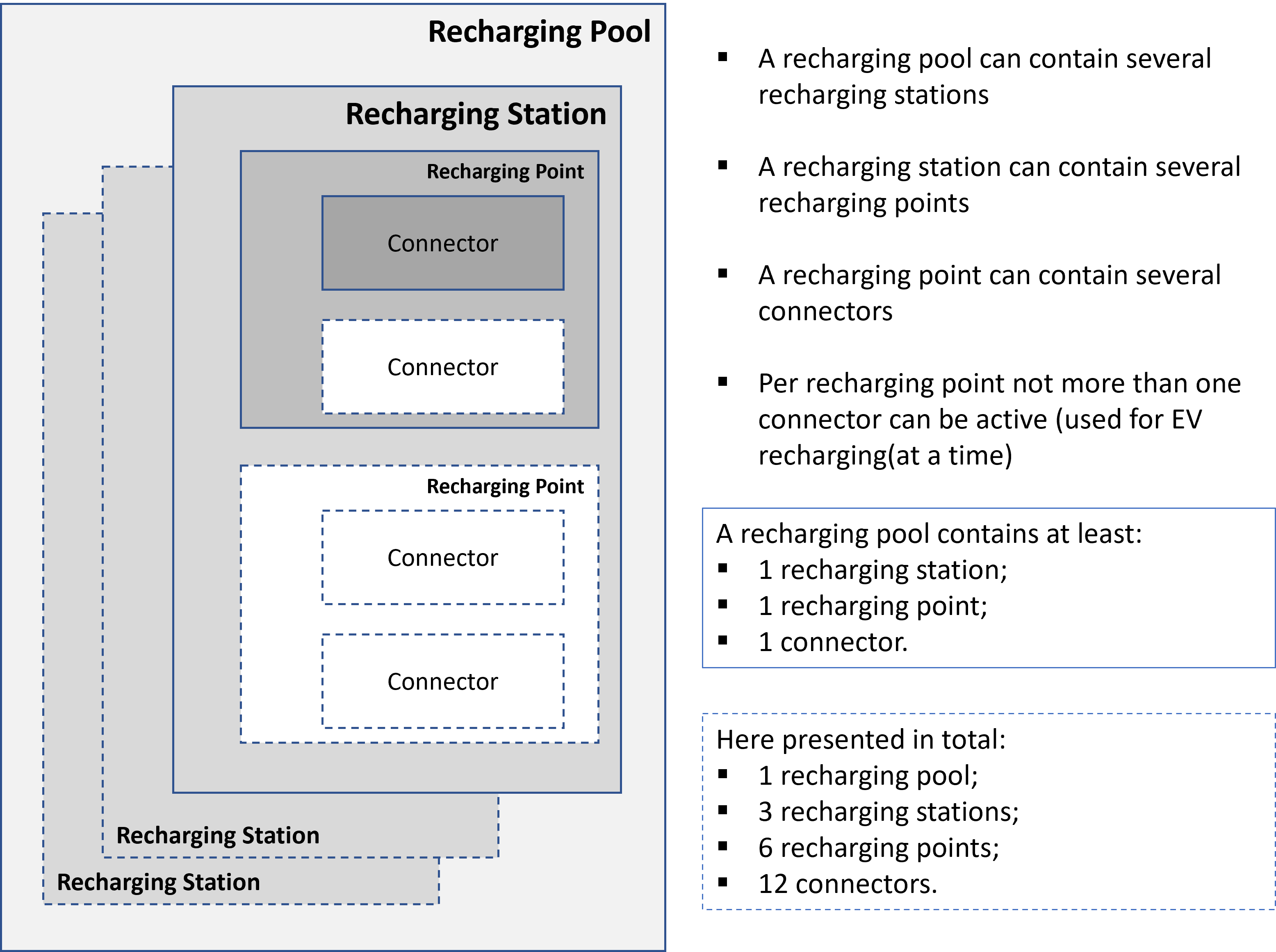 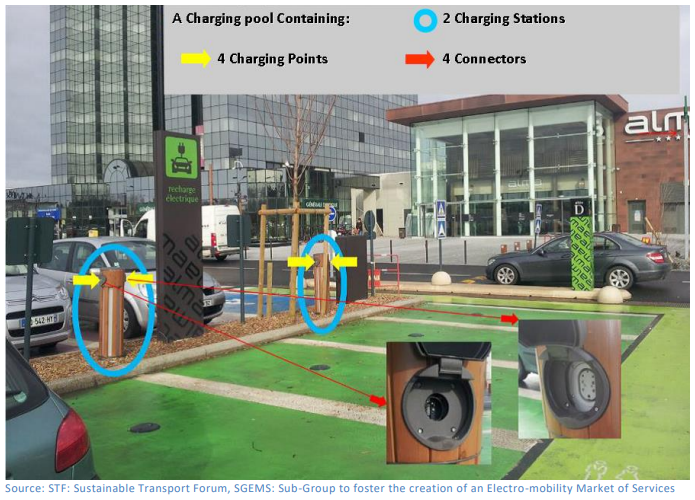 A connector is the physical interface between the recharging station and the electric vehicle through which the electric energy is delivered:

The following definitions are used for the recharging point classification in the Road transport country reports.

Recharging modes based on power output

Rest of world – other standards

The Society of Automobile Engineers (SAE) has developed the J1772 and J3068 connector standards. They are mostly applied in the North-American markets, while J1772 is also used in Japan for AC recharging purposes.

SAE J1772 (IEC 62196 Type 1) defines four levels of single-phase recharging: AC Level 1, AC Level 2, DC Level 1, and DC Level 2. Although the SAE J1772 CCS connector for DC recharging is quite similar (though slightly different) from the EU CCS connector, the AC J1772 connector is entirely different. This is largely due to the fact that the electricity is commonly supplied at 120 volts in the US, compared to 230V in Europe.

SAE J3068 complements SAE J1772 with solutions for three-phase recharging. The J3068 connector is mechanically identical to the Type 2 connector, and is based on the IEC 62196-2 and -3 standards.

The Japanese utility TEPCO developed CHAdeMo. It is the official Japanese DC recharging standard and virtually all Japanese DC fast recharging stations offer a CHAdeMO connector. In Europe, while it has for some time been market practice to equip in particular 50kW recharging points with an additional CHAdeMO connector, the importance of CHAdeMO is fading. Mainly this is due to the choices by Japanese (but also some French) car manufacturers to increasingly equip their EU market electric vehicles with a CCS inlet.

Tesla (all markets except EU)

Tesla has developed a proprietary standard for its connectors and inlets. The Tesla connector is a unified connector for AC and DC recharging, as it supports all voltage levels. However, since the end of 2018, Tesla vehicles intended for the EU market are supplied with a European CCS inlet, and Tesla is gradually also equipping its European recharging points with EU-type CCS connectors.

Legal or recommended standard for each geographical zone

Available connectors in each geographical zone