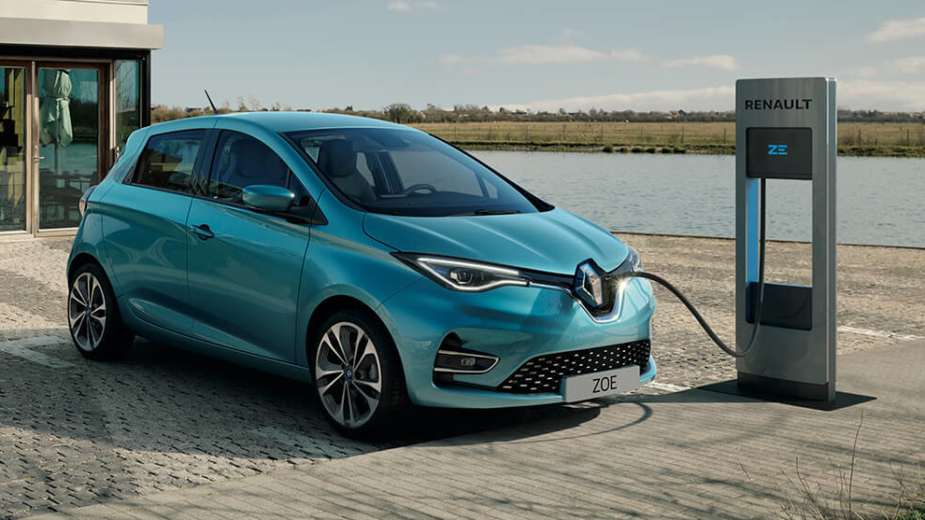 The yearly plugin vehicle share of the market stayed at 24% (12% BEV), an impressive result, especially if we look back to a year ago when the YTD market share was at 10%.

Interestingly, the current disruption is not only hurting gasoline and diesel sales, but is also starting to hit PHEVs, which were down 5% YoY in October. In the same period, BEVs grew 32%, allowing pure electrics to represent 56% of plugin vehicle sales last month, and flipping the YTD numbers to the BEV side (267,000 BEVs vs. 265,000 PHEVs).

After a close race, the Renault Zoe (2,209 units) managed to win October’s Best Seller title, with the runner-up Smart Fortwo EV losing the race by just 14 units. The Volkswagen ID.3 completed the podium with a rather disappointing 2,145 registrations, its worst score since February, and some 500 units below what was expected. This raises the question: Is it a demand or supply issue?

Either way, both the Volkswagen ID.3 and ID.4 (#13 in October, with 1,022 registrations) have consistently been underperforming in Germany, unlike the Skoda Enyaq, which was 4th last month thanks to 1,790 registrations. Frankly, it outsold its German cousin, the Volkswagen ID.4, which was probably not the original plan. So … what does the Enyaq have that the ID series lacks?

Below the Czech crossover, we have two surprises. The BMW i3 surged to #5 thanks to a record score of 1,417 registrations, an amazing performance for a model that has already celebrated its 8th birthday — maybe people are more used to the stormtrooper design now? In 6th we have the Tesla Model 3. With 1,359 registrations, it had its best first month of the quarter ever. That means one of two things — either Tesla is smoothing out the delivery cycle in Germany, or … the midsizer is headed for another record month in December!

In the second half of the table, the highlight is the #12 Hyundai Ioniq 5 scoring 1,052 registrations, another record score for the retro XL hatchback. It should join the top 10 before the end of the year.

Also interesting to see is the Peugeot e-208 scoring a record 896 registrations, resulting in a top 20 presence. It ended in #19, just ahead of its German relative, the Opel Corsa EV.

Regarding the 2021 table, with the VW ID.3 underperforming once again, the Tesla Model 3 might have secured the 2021 Best Seller title, as I just do not see how the German hatchback outperforms the Model 3 by 1,662 units in just two months … with one of them a peak month for the Tesla midsizer.

Having said that, the compact EV from Volkswagen did climb one position last month, switching positions with the VW e-Up, but that’s just because the small veteran EV had a bad month — 1,087 registrations in October was its worst score in 12 months.

But the poor showings from Volkswagen do not end there. The slow moving #7 Golf PHEV is jeopardising its leadership position in the PHEV category, and the #8 Ford Kuga PHEV is now just 48 units behind it. Expect Ford’s compact crossover to take the PHEV Best Seller trophy from the Golf PHEV soon.

While the Volkswagen brand had another slow month in October, the popular Skoda Enyaq jumped 4 positions, to #11, and is now ahead of the #12 Volkswagen ID.4.

With this kind of performance in Germany, just imagine how well the Enyaq would sell in China….

While Volkswagen Group didn’t have a month to remember, the same can’t be said from Daimler, with the Smart Fortwo EV jumping two positions, to #6. That made it a 100% BEV top 6. The Mercedes A250e PHEV climbed one position, to #17, and the Mercedes E300 PHEV joined the table, in #20.

Elsewhere, the Fiat 500e was up to #13, while the veteran BMW i3 jumped three spots, to #14, once again becoming the Best Selling BMW in the table.

While there was a lot to talk about in the model ranking, the same can’t be said for the brand ranking. The leader, Volkswagen (15%, down 2 percentage points), lost some ground in its home market, and runner-up Mercedes (12%, up 1 point) took advantage of its letter soup extensive lineup to secure its 2nd spot. Meanwhile, #3 BMW (9%) and #4 Audi (8%) are racing for the last place on the podium.

In the race for “Best Selling Foreigner,” Tesla, Skoda, Hyundai, and Renault, each with 5% share, are neck and neck, but the US automaker should end the year ahead of the pack.

Looking at the rankings by OEM, the standings remained the same, with Volkswagen Group having its domestic market well in hand. Having said that, it has lost 2 percentage points, to a still impressive 34% share, followed at a distance by Daimler (15%, up 1 point) and BMW Group (10%, down 1 point).