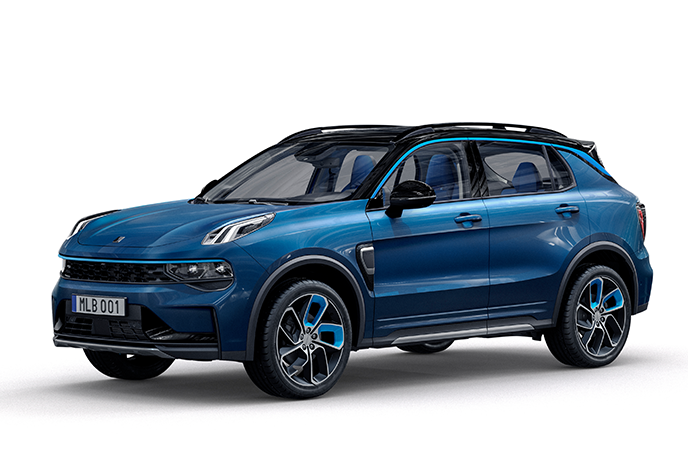 The Dutch auto market is fast recovering from a slow first half of the year. It grew 20% in October, to almost 29,000 units. That could mean that the easing of the chip crisis is making itself noticed in the overall market. In fact, it even grew faster than the Dutch plugin vehicle (PEV) market, which was up by only 17% year over year (YoY) last month. Still, pure electrics, which grew 12% YoY, represented 22% of all new vehicle sales. Plugin hybrids (PHEVs) were up 28% in October. Although, many of the 3,350 PHEVs registered in October are just one model — the Lynk & Co 01 PHEV represented 21% of all PHEV sales last month. Regardless, PHEVs represented 12% of the country’s auto market in October.

Overall, the year-to-date (YTD) market share for plugin vehicles was stable at 32% (21% BEV). Highlighting an ongoing shift in the market toward BEVs, they had 66% of plugin sales in September, up from the 64% average of 2022.

Lynk & Co’s 01 PHEV crossover is becoming something of a case study in the Netherlands. It won October’s best seller race, its third consecutive Best Seller title in Dutch lands. The model achieved 707 registrations last month, allowing it to end September in 7th place in the overall auto market. Paradoxically, the Lynk & Co model was one of only two PHEV models in the top 20, with the other being the BMW 3 Series PHEV, which ended the month in … #20. Now, imagine if Lynk & Co had a truly competitive (as in, BEV) model!

(Speaking of this, it is rumored that the successful Zeekr 001 fastback-ish could land in Europe next year … as a Lynk & Co? To be continued.)

Next, we have a few surprises, with the Lynk & Co Swedish cousin Volvo XC40 EV jumping into the runner-up spot. It got a year-best 521 registrations. The BEV version represented 67% of all XC40 registrations in this market last month, which added to the 163 units of the PHEV version (21% of all deliveries). We find that 88% of all Volvo XC40 registered in the Netherlands in October had a plug, with these two versions contributing to the Swedish SUV’s decisive 3rd place finish in the overall Dutch market.

Another surprise landed in #3 in the plugin ranking, with the stylish Opel Mokka EV scoring a record 300 registrations last month. The EV version represented 60% of all units sold in the overall market, thus helping the small crossover to end the month in #13.

In 4th, we have the BMW i4, which finally seems to have found its mojo (or maybe BMW got enough components to make more units?). The German make placed three models in the top 20, as the iX3 ended the month in #13, thanks to a year best score of 231 registrations, and the BMW 3 Series PHEV was #20, with 171 registrations, its best result in almost 6 years! It seems BMW is back on track. Although, we are still waiting for the iX SUV to post some convincing scores.

The #5 VW ID.4 also impressed, with 292 registrations, a new year best. That allowed the German crossover to end the month as the best selling MEB-platform model, beating the #7 Skoda Enyaq, #15 VW ID.3, and #16 Audi Q4 e-tron.

Other models were shining in the top 10 as well, like the Polestar 2 ending the month in 9th thanks to 254 registrations, a new year best. Its parent company, Volvo, is looking to make up for lost time when it comes to BEVs. In fact, besides the #2 spot of the Volvo XC40 EV, its other BEV model, the sportier C40 crossover, also scored a year-best performance in October, 172 registrations. It seems the Volvo vessel is now going full speed ahead towards full electrics.

The #12 Renault Megane EV had a record month, with 236 registrations, benefiting from the production ramp up of the French hatchback-that-thinks-is-a-crossover. Outside the top 20, a few models deserve mention, like the Opel Corsa EV scoring 148 registrations, underlining Opel’s great month. Besides the Mokka EV’s record score and the consistent performance of the Corsa EV, Opel even had the Zafira EV van-with-windows-turned-MPV score 56 registrations, and speaking of Stellantis vans turned into MPVs, the midsize people carrier Fiat Ulysse had a record 86 registrations last month, allowing the Italian make to become less dependent on the 500e’s fortunes.

In Volkswagen Group’s stable, two more MEB-platform models could join the table soon — the Cupra Born (145 registrations) and Volkswagen ID.5 (110 registrations). Volvo also saw some of its PHEV model deliveries surge. The midsize S/V60 PHEV twins reached 144 registrations, their best result in 21 months, and even the veteran XC90 PHEV had its best score since last January (94 registrations), which could mean that the component shortage is easing at Volvo as well.

A final reference goes out to the Nissan LEAF, which had 97 deliveries, its best score in 8 months. It seems the veteran model is not being affected by the arrival of the Nissan ARIYA (98 registrations).

Looking at the 2022 ranking, the Skoda Enyaq lost the leadership position to the Lynk & Co 01 PHEV, and despite being only 47 units behind the Chinese crossover, the truth is that the Czech model has lost momentum recently, while the Lynk & Co model now seems unbeatable.

The Climber of the Month was the Volvo XC40 EV. It surged five spots, into 8th, and could reach 7th next month — the Audi Q4 e-Tron is just 2 units away! By the way, if we were to add the BEV and PHEV versions of the Volvo XC40, the Swedish model would be the runner-up model in this table, with 4,459 registrations. But it is in the second half of the table that most of the action is.

The BMW i4 jumped four positions, to #13. The Hyundai Ioniq 5 was up to #14. And the Polestar 2 climbed one position, to #17. What do all three of these models have in common? All are midsize cars*. And who isn’t on this table? The Tesla Model 3…. (*Although Hyundai markets its Ioniq 5 as a crossover, it clearly is not — it’s an XXL-hatchback, and a beautiful one at that. But the truth is that the Korean make only does this because crossovers are trending. And they are not the only ones doing this — remember when Chevrolet tried to sell the regular Bolt as a crossover?)

Finally, we have two “new” models on the table. The VW ID.3 returned to the top 20, in #19, and its sportier, spicier (and better looking) Spanish sibling, the Cupra Born, joined the best seller table in #20. As a result, there are now five MEB-platform models in this top 20.

Interestingly, these last entries in the table were at the expense of two PHEVs (the Ford Kuga PHEV and Volvo XC60 PHEV). So, now we have a year-to-date top 20 with only two plugin hybrid models!

In the manufacturer ranking, Volvo (9.6%, up from 9.1%) returned to the leadership position — which had been briefly occupied by Kia (8.8%, down from 9.1%). The Korean brand must now be more worried about keeping 3rd placed BMW behind it, now that only 49 units separate the two brands.

As for OEMs, Volkswagen Group (20%, down 0.3%) is comfortable in the leadership position, something that runner-up Stellantis (17.4%) cannot say, as #3 Geely–Volvo has seen its share grow closer (16.8% now vs. 16.1% a month ago) thanks to brilliant performances from all of its brands. If this trend continues, we might even get a crossover before the end of the year.

4th placed Hyundai–Kia saw its share drop in October from 13.5% to 13.0%. 5th placed BMW Group (10.9%) seems to have bottomed out after falling sales. BMW Group’s transition into a more BEV-heavy lineup is now starting to bear fruit, and the company must be hoping the upcoming iX1 crossover becomes a sales success.

The European automotive market is back in the black, with a 14% growth rate in October, its third growth month in a row.